Posted on March 5, 2016 by thecricketcouch 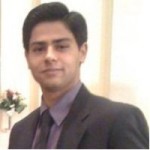 In this episode, Shoaib Naveed talks about his journey from being a student-blogger to becoming the Project Manager of PSL, his position paper that envisioned the PSL, his entry in to Pakistan Cricket Board (PCB), the various hoops he and his team had to jump through to organize PSL, the various criticisms of PSL’s first edition, and the visions for its future, amongst other things.