Posted on October 14, 2015 by thecricketcouch 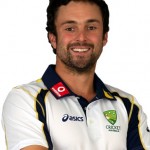 Australian batsman Ed Cowan talks about being dropped from the Test side after the first Test of Ashes 2013, how he dealt with it, his recent move from Tasmania back to New South Wales, his hopes of making a comeback to the Australian team, and the tweaks to his batting technique he has done in the last two years, etc.

The episode was first published on ESPN Cricinfo.