Posted on September 30, 2015 by thecricketcouch 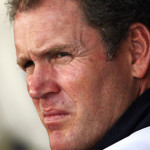 Former Australian allrounder Tom Moody talks about the two world cup winning Australian sides he was part of in 1987 and 1999, his different approaches to coaching international, shield and T20 franchises with Sri Lanka, Western Australia and Sunrisers Hyderabad in the IPL, respectively, and his role as director of cricket at Caribbean Premier League, amongst other things.