Posted on August 17, 2015 by thecricketcouch 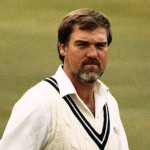 Former England captain Mike Gatting talks about his career, highlighting the back-to-back Ashes wins in 1985 and 1986-7, the tour to India in 1984-5, his maturing as a batsman, the 1987 world cup and the rebel tour to South Africa amongst other things.