Posted on October 29, 2014 by thecricketcouch 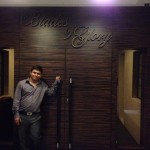 In this episode, the owner and founder of “Blades of Glory”, the only cricket museum in India, Rohan Pate, talks about how he became a collector of cricket memorabilia, Sachin Tendulkar’s role in it, the various collections he has, and his ambitions amongst other things.