After a few days of chasing, scheduling and rescheduling, I got the opportunity to interview the great former West Indian opener Gordon Greenidge. He was in Port of Spain with his CPL team Trinidad Red Steel and so I called him at his hotel. I asked for him and they said there was no one by that name staying at the hotel. My heart sank but then I thought I’d spell the last name and voila!

I asked Greenidge about many things related to opening the batting in Tests and also about the effect of playing beach cricket on his technique. He said that he didn’t play much beach cricket but told me a couple things about the ball skidding on the packed beach sand as the water from the waves recede, which the bowlers use to their advantage. Funnily enough, later in the evening, I played a game of beach cricket for the first time in Barbados.

Our hosts David and Christine drove us around the island, and every little spot along the coast during the drive where the beach was in our view was like a picture on one of those vacation post cards. Barbados is just so pretty it makes even the shitty camera on my obsolete iPhone look great! 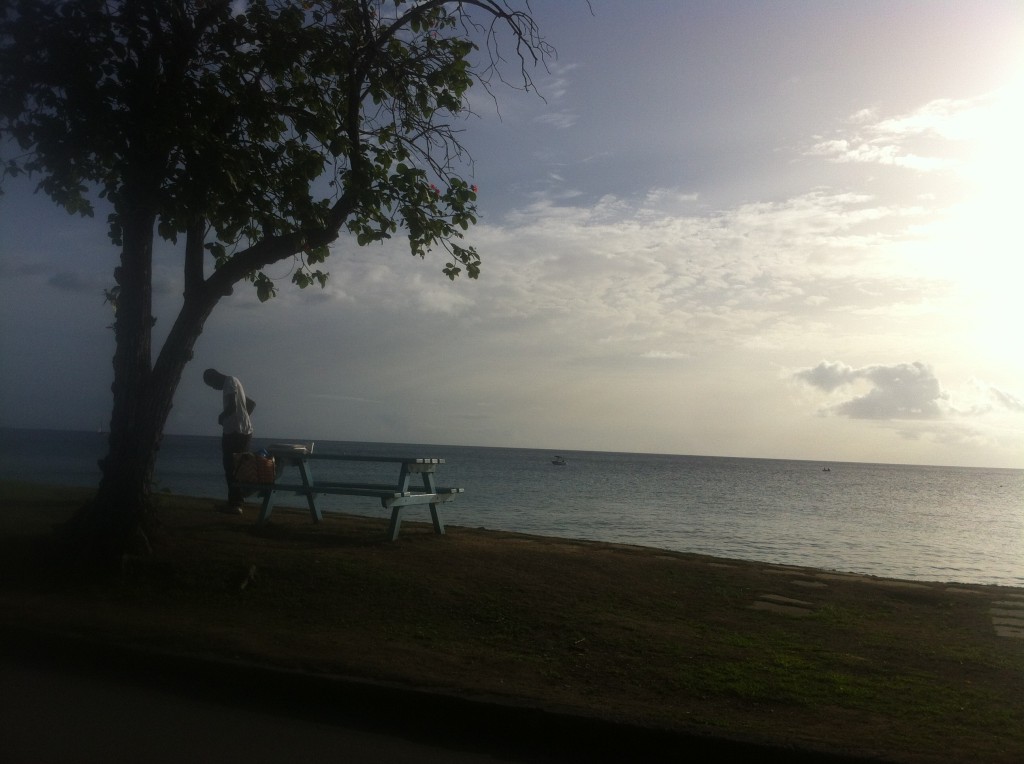 We went to the northernmost point of Barbados, unsurprisingly named “North Point”, which has limestone cliffs carved over the ages by the lashing ocean waves. It was a beautiful sight to be standing on the edge with winds whistling through and endless bright blue water on three sides. We also made a quick stop at “North Stars Cultural & Social Club” not too far from there which is the cricket club of former West Indian bowler Charlie Griffith. We went in to the pavilion because apparently, Griffith hangs out there from time to time, but we had no such luck today. 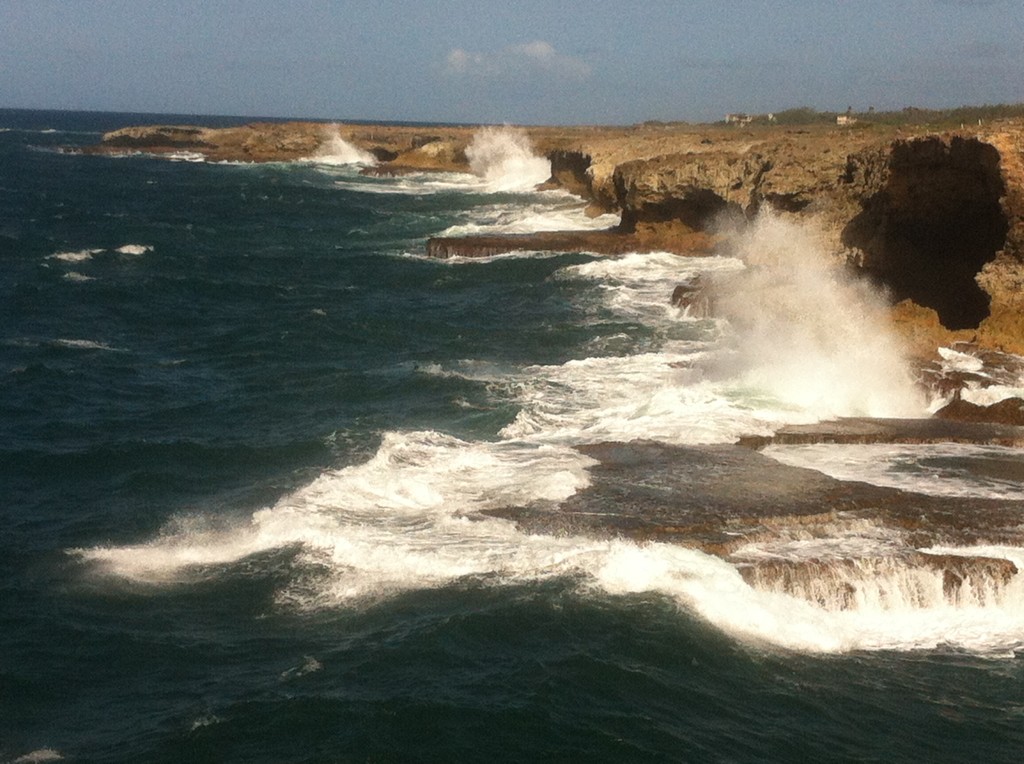 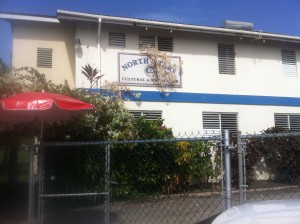 We came back to “Dippers beach bar” at The Barbados Cruising Club on ‘Pebbles Beach’ which is on the South East corner of the island, between the Hilton and Radisson hotels. The Cruising club has an interesting history. Apparently, it was formed by the locals in competition with (and in some spite of) the Royal Yacht Club, which was only open to upper class, British whites. The Royal Yacht Club has lost the title “Royal” and the legend goes as follows: Her Majesty Queen Elizabeth II while on a trip to Barbados noticed that the members of the club were all whites and asked whoever was in charge whether ALL British subjects were allowed to be part of it. When she got the answer as yes, she then further questioned as to why there were no black members even though there were blacks working there. When she felt there was some reluctance to open the membership of the club to blacks, she told them that they couldn’t use the word “Royal” and now it’s just known as Barbados Yacht Club.

As we were sipping on Banks beer (which claims to be the national beer of Barbados) overlooking the beach, Kathleen spotted some people playing cricket. David had mentioned to me earlier that he hardly sees people playing cricket on the beaches around here except for Pebbles Beach, and even there most of the people playing are older men, for whom cricket meant something. Younger folks prefer kicking the round ball instead. On our drive around the island earlier in the day, we did indeed see a few instances of kids playing soccer on an open field but no random pick up games of cricket.

I decided to check out the scene and David was right. There were 8 people playing of which 5 looked to be at least 40. Couple of kids who were probably 14 years old and strapping young man who must have been 25. I offered to do a bit of fielding for a couple of overs, and they were happy when I offered to bowl. I remembered Greenidge’s advice about the receding waves and tried to pitch it as full as possible to allow the ball to skid off the surface. 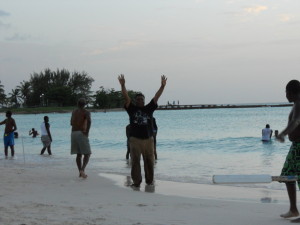 The rules were that a batsman gets to bat as long as he doesn’t get out or gets bored/tired. You can be out in only two ways: Clean bowled or Caught. One bounce catches are also out. I noticed that the batsmen stay very still till the last moment and simply rely on hand-eye coordination to power the ball through the onside (Offside is the ocean).

It was like a nets session with 3 bowlers operating and I bowled about 15 deliveries. Batsmen got out mostly to catches and I took a wicket by clean bowling one of the 14 year olds on the first ball he faced. He was quite mad about it even as I celebrated the dismissal. I felt bad for the kid and walked up to him to apologize for ruining his fun. He didn’t seem too happy about it but took his spot at short midwicket.

I faced around 18 deliveries when it was my turn to bat. The bat was slightly longer than a usual cricket bat but was narrower. The handle wasn’t round but rectangular in cross-section. I knocked a few deliveries back down the pitch and unsuccessfully tried to loft a couple over the midwicket fielder. The unhappy kid had his revenge when he caught me off the bounce and flung the ball down to let me know that his feelings were still raw.

I fielded for another 2 overs or so before it was time to head back to the bar to join our hosts. There was a cold beer and some fish “lite bites” served with crispy french fries waiting to be had. All in all, another terrific day in Barbados.