Posted on March 3, 2014 by thecricketcouch 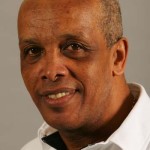 In this episode, former international umpire John Holder speaks about his dislike of DRS, player dissent, need for excellence in umpiring rather than perception of neutrality, the time he was approached by a bookie, his accusation of ball tampering by England directly leading to him being dropped from the TCCB Test panel of umpires, the advice he gave to Sachin Tendulkar on debut, amongst other things.

This episode was first published on ESPN Cricinfo’s Cordon.