There Will Be No Heroes

Sport, at its core is about fairness – in how it is played, how it is run and the experience of viewing it. In its best form, it is capable of inspiring the actors on its egalitarian stage to the realms of the unimaginable and transports the watchers to a place of pure and unadulterated joy. Simultaneously, it can be cruel, ripping the hearts out of the competitor and the fan alike, immersing one and all in seemingly infinite sadness.

For those two extremes of emotions to be brought upon the competitors and their followers alike, there is one fundamental rule that cannot be violated – that the contest is true. Within the confines of ‘true’ competition, there are those who by virtue of their discipline, athletic talent, skills, ability and endurance can and do transcend it.

Over the history of sport, the fundamental rule has been violated innumerable times; Drugs, corruption and match fixing being the main reasons for the toppling of that delicate balance of competition. Boxing, Baseball, Cycling, Track & Field, Football and of course, Cricket, just to name a few, have seen the athletes/players engage in behavior that makes the followers of sport question the basic integrity of the sporting spectacle played out before them. 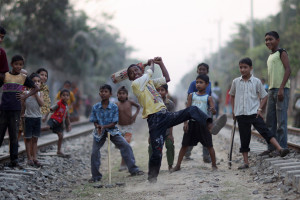 It may not be true for adults but for kids that have just about started to kick around a round thing or trying to hit a round thing with a flat bat, they look up to the practitioners of the sport at its highest level to seek inspiration, to go beyond what is being shown to be possible. I’m sure there are several walls in tiny bedrooms around the world that have a Sachin Tendulkar or a Lionel Messi on, the posters possessing powers of motivation that no Tony Robbins can ever match. They are worshipped, they are idolized, and they are called “Heroes”.

If the three Rajasthan Royals players who were arrested for allegedly being involved in spot fixing, are proven guilty, it isn’t just their cricketing careers, something they spent all their life working towards – that seems to be beyond any repair. They have struck another crippling blow to the sport’s integrity. This isn’t just an IPL or India issue, in the same way Mervyn Westfield isn’t just an English county issue or Mohammad Amir, just a Pakistan issue. With every single incident of this nature, the cynicism amongst the fans of the sport grows.

Are we actually seeing the real thing? What if, the few good men, were actually only a few? What if corrupt players have overrun the sport? What if the umpires are on the take as well? What if the sport is run by those that don’t care about it? (Some might say that is already the case). What if.

It is easy to say the sport is bigger than all this, and has withstood plenty of things, and so will march on. We live in hope that more of such incidents won’t happen again. However, when such incidents unfold as unsurprisingly often as they have in the recent years, it is inevitable that the fans would tumble down the rabbit hole of doubt.

Rahul Dravid, by all accounts, is an impeccable gentleman and an honest cricketer. A scenario where he might be involved in this mess is unthinkable. But when the cancer of doubt sets in, it doesn’t really care for the reputations, big or small, of the player or his accomplishments. After all, Salman Butt, as the captain, was in the position to influence the actions of the two fast bowlers, Amir and Mohammad Asif in his team, and had them deliver no balls to order.

If three bowlers from a team colluded to spot fix, isn’t it possible to think someone higher up than them could also be involved? The only question, once you are willing to entertain the possibilities, is “how high?”

Would we have been more ready to entertain the nagging feeling run up the ladder if the three players were from a team other than Rajasthan? May be a Virat Kohli? Or an Angelo Mathews? It is beyond blasphemy for a generation of cricket fans but a friend, a Tendulkar die-hard no less, wrote to me wondering: “Is Sachin involved?” Can you blame him?

This is the actual cumulative effect of what we have seen unfold in the last few years, the corrosion of faith in sport. A Marion Jones here, A Lance Armstrong there, An Amir here, and a Sreesanth there, pretty soon the conviction that we were watching something spectacular has evaporated. Some of us that lived through the match-fixing saga of 2000 have been burnt once, and burnt deep, but healed through a decade of outstanding players and upstanding men. But it’s the new generation, tender and innocent, watching the players on the field during the day and gazing at their posters as they fall asleep, that are going to be robbed of their heroes. The health of sport is not in the thousands that might flock to the stadium but in the tiny hands and feet kicking around in a park, getting inspired by their heroes. For to live without a Hero is “to have no aspiration, to live on the momentum of the past, to be thrown back upon routine, sensuality, and the narrow self.”