Posted on May 7, 2013 by thecricketcouch 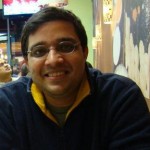 In this episode, Kartikeya Date of “A Cricketing View” blog explains why he doesn’t think T20 is not actually cricket but is a different sport altogether. He answers some of the common queries that gets posed to him as a critic of the T20 game. He talks about the corrosive influence of IPL and the T20 game which has turned cricket in to a moneymaking product rather than a sport, and the lack of clear merits in evaluating the goings on during a T20 match. He also suggests some of the ways T20/IPL could be redeemed through certain innovations that bring the balance between the bat and ball in the game, and could then provide an even contest.

Some of the more relevant blog posts from Kartikeya on this topic:

An attempt to describe the logic of a T20 contest

You can download the episode by clicking on the link here.
The podcast was first published on ESPN Cricinfo’s The Cordon.
Read the Full Transcript
Subscribe to Couch Talk podcast on iTunes.CouchTalk is also available on TuneIn Radio and select episodes on the YouTube Channel (ccTV).RSS Feed