Posted on March 8, 2013 by thecricketcouch

It is not something you are quite aware of, when you watch the cricket on the Telly, especially in India. You don’t usually get to see it in the limited over games either, unless it is one of those big games. But if you are sat in a stadium, watching Test cricket, you become acutely aware of it.

Mahesh Sethuraman, on The Cordon, had expressed his obvious displeasure at the deluge of adverts that crowd the TV screen and cut away from action the moment there is any possibility of stoppage of action. He brought up another interesting point, bemoaning the opportunity lost for the new generation of cricket fans watching the sport on TV, to see the idiosyncrasies of the batsman walking in at the fall of a wicket, and trying to mimic them in their gully cricket.

What makes an even more interesting viewing for the people in the stands is to see the dismissed batsmen making his way out of the field, back to the pavilion and the incoming batsmen bounding towards the 22 yard strip. When they walk past each other, it is a study in completely contrasting human emotions. One, like an uncoiled spring, almost racing down the steps, shadow practicing the front foot defense, doing a bit of on the spot running to get the blood rushing to the extremities, just a bundle of energy. The other, somber crest fallen figure, head down, shoulder slumped, the mind still stuck in loop replaying the moment of indiscretion, 3 feet of lumber dragging behind, feet of concrete making the long walk one unwilling step after another.

It is a stark demarcation of possibilities – of what could have been and of what can be. The outgoing batsman now has the prospect of several minutes that could stretch in to hours and possibly days, to mull over that frozen moment in time. Where as, the incoming batsman is thinking over the plans he had put in place to combat the opposition bowlers and cajole the conditions in to submission.

Different batsmen, of course, have different ways of exiting the stage. In a way, it tells the general nature of the batsmen itself. I am sure you will agree, the most drawn out, sometimes bordering on comical, is the way Inzamam ul-Haq would walk off the field. Everything about Inzy – his captaincy, his strokemaking, and of course his running between the wickets, was unhurried. I do not know whether anyone has ever timed these things but I’m willing to put my shiny dollar on Inzy taking the longest, in making that lonely walk back to the hutch. But so was his approach to the crease.

On the other hand, Mike Hussey, Mr. Energizer Bunny, always seemed to look like he was in a rush to get to the wicket. It’s as if he wanted to make up for the lost time by debuting for Australia only in his thirties. He is one of those very rare breeds of batsmen that you couldn’t tell whether they were going in or coming out, if you were just looking at facial expressions. Similar brisk walk off the pitch, with only the sweat soaked countenance giving away that he has been dismissed.

Sachin Tendulkar does it the way he does almost everything in cricket, with the most measured and perfect balance. Not too hurried, not too slow, just the perfect pace, practiced over three decades.

Some of the batsmen to make the slowest exits that I have seen in the flesh are Shane Watson, Chris Gayle (well, that’s just his style I suppose), Ed Cowan and Darren Bravo. Sehwag, like every thing he does, is very nonchalant. 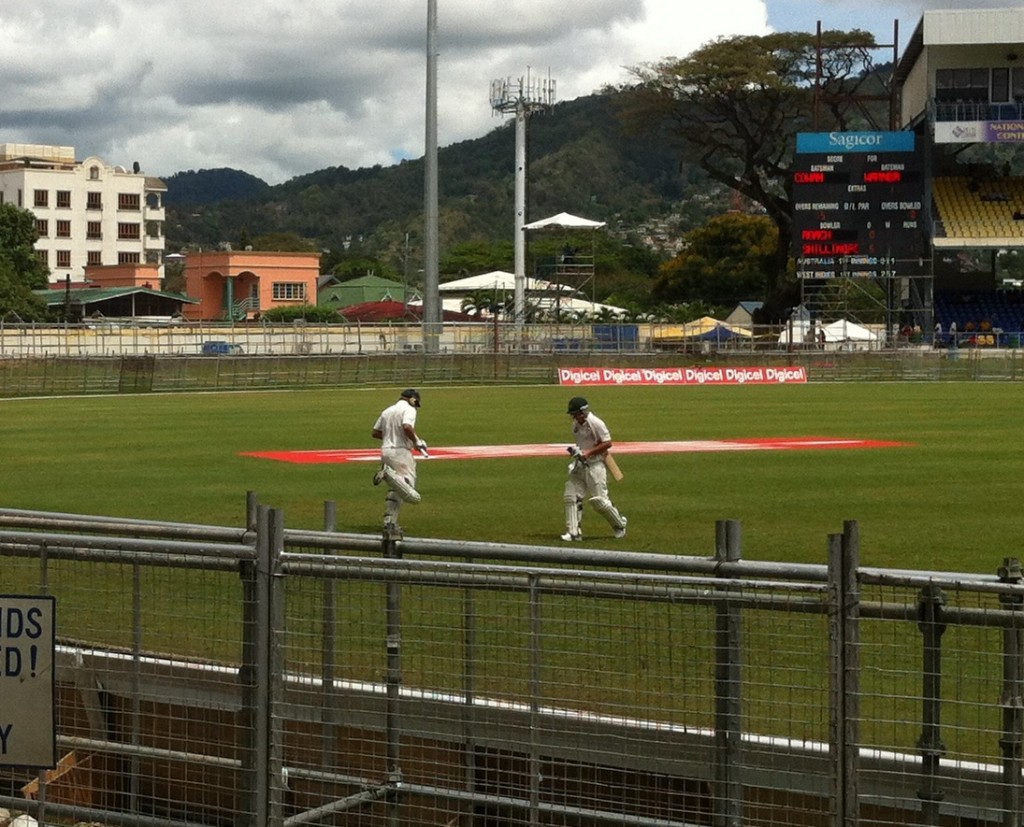 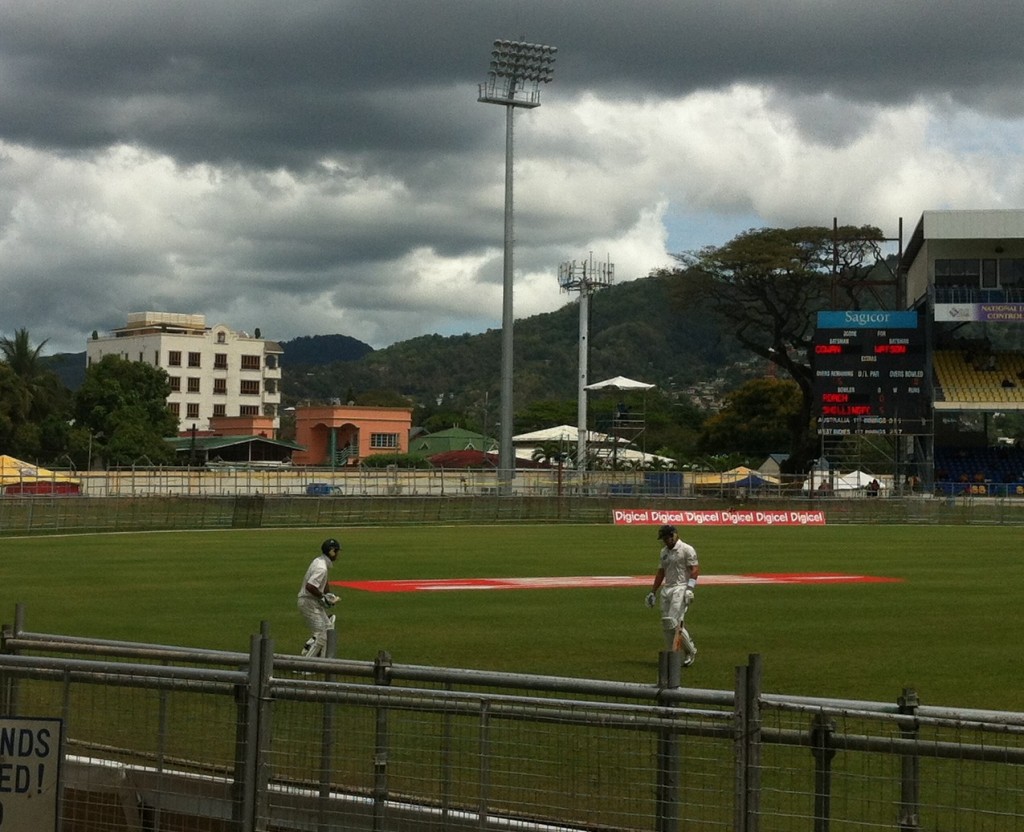 One of the more memorable exits I have seen is that of Kevin Pietersen during the 2007 World Cup match against Sri Lanka, at Sir Vivian Richards Stadium. In what should have been a comfortable chase of 236, Pietersen’s wicket pegged England back and even the late innings heroics of Paul Nixon and Ravi Bopara could not save them. Pietersen was on 58 when he lobbed a return catch to Muralitharan off a misread doosra. He huffed and puffed all the way back, and didn’t even acknowledge the cheers from the crowd for a well composed half century, muttering and cursing to himself. I was sat right below England’s dressing room and had a clear look at his face. I have never seen a batsman more animated than him, off a legitimate dismissal, mind you. This was in complete contrast to the batsman walking in next, Andrew Flintoff, who had the look of a man that didn’t really want to be there. Clearly, the Pedalo incident and the subsequent media backlash had been weighing on him. He promptly got out off the 7th delivery he faced.

Next time you are in a cricket stadium, count yourself lucky if you find a spot to park yourself near the dressing rooms. It is a very revealing couple of minutes as soon as a wicket falls.

Tweet
This entry was posted in Featured, Miscellaneous. Bookmark the permalink.