Posted on November 5, 2012 by thecricketcouch 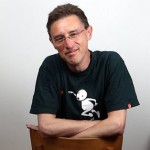 In this episode, author and cricket historian Gideon Haigh talks about his new book, “On Warne” which was published on October 24, 2012. He also discusses the motivation behind the book, club cricket culture, cricket journalism, his favorite sports books etc. He also gives advice to the budding writers and explains how he has continued to maintain an independent voice.

You can buy “On Warne” from Amazon (in UK and US and else where) and through Penguin Books in Australia. He also has another e-book out “The Deserted Newsroom” on the future of news media.

Gideon has recently started a blog, “Cuts and Glances“. Be sure to check that out!