Posted on August 12, 2012 by thecricketcouch 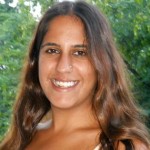 In this episode, ESPN Cricinfo’s South Africa correspondent, Firdose Moonda, talks about her experiences of her first trip to England to cover the England vs South Africa, the smugness she encountered from some of the English media at the beginning of the series, the injury to Mark Boucher, the South African performance so far in the series, the Kevin Pietersen situation, amongst other things.