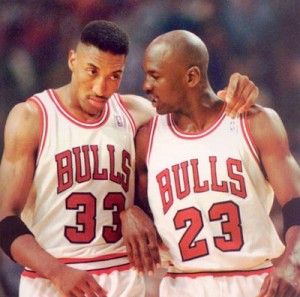 Yet, Scottie Pippen does not have the same reverence and recognition as Michael Jordan. He comes second best in all possible comparisons with Michael Jordan. Jordan is exalted as the greatest to have ever picked a basketball while Pippen had as much hand in the glory that catapulted Jordan to that status as Jordan himself. Michael Jordan may be proclaimed the greatest artist with the ball in hand, but without the six championship rings the legend of Jordan doesn’t exist.

Thirteen thousand two hundred eighty eight test runs. One hundred sixty four test matches played. Second highest run maker ever in the history of the sport as he calls time on his international career. He was an integral part of a golden generation of players from a cricket-mad nation that reached the top of the test tree. He spearheaded India to its first ever test series win in the archrival’s backyard. More than 10,000 runs in a format he was considered unsuited for, which he eventually mastered. Rahul Sharad Dravid. 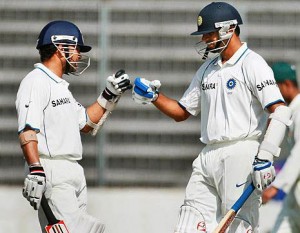 He would have been idolized and worshipped as the best man to have ever picked up a bat from his country, if not for one Sachin Ramesh Tendulkar. Forever in the shadows of His Godness.

The Chicago Bulls head coach Phil Jackson had instituted a new system to play basketball for his team, “The Triangle”. It allowed the latitude for players to perform different roles within the system but it was predicated on a player to perform multiple things and that player was Scottie Pippen. Even though he was a forward, he handled the ball as a point guard, played defense against the opposition’s best players and provided a general security blanket that allowed for Jordan to do his own thing. It made Jordan’s life a lot easier and focus a lot more on being the finisher.

Rahul Dravid played out most of his career from the vital number three spot but moved around the batting order – sometimes willingly and other times forced by injuries in the team and form – allowing for his more expansive team mates to take advantage of his assured presence at the other end. Almost 36% of all the runs that India scored as team came while Dravid was at the crease. Watching him carry the bat through at The Oval in the first innings and step in for a short 10 minutes only to emerge to take guard again encapsulated his contributions to the Indian team.

Jordan was the first true global sports icon. It was a seamless blend of Jordan’s basketball prowess and image marketing, engineered by Nike. Since then, there have been many: Tiger Woods, Roger Federer, Michael Schumacher, David Beckham and others. Jordan’s career came at a time when the intersection of the realms of athletes and celebrity was taking foothold, in an international scale.

Sachin Tendulkar’s career took off at an interesting time in India. The coincidence of a burgeoning economy, a nation trying to lose the shackles of its past and the explosion of the perfect package of a personable, pint sized precocious talent in the biggest cricket market is undeniable.

People say if Jacques Kallis, the best all round cricketer this side of Sir Garfield Sobers, were Indian, he would have been celebrated as the greatest ever. Even if he were Indian, an important question to answer would be, “would his career have been running parallel to Tendulkar’s?” If he were caught in the tsunami of Sachin madness of the 90’s, it wouldn’t have made one difference. He would probably still be the second banana, unfortunately.

Though supremely talented, both their individual games relied on different aspects of batsmanship. Dravid’s approach relied heavily on blunting the opposition and grinding them to dust and minimizing the risk of getting out. This isn’t to say that was the only way he batted, of course, as innings such as this would attest. Tendulkar – pre-2004 anyway – was more towards the cavalier, eye-catching and flair filled approach.

Tendulkar appeared on the scene when it was the perfect storm of circumstances and is a freak of nature. He is only a few months younger than Dravid but debuted 6 years ahead of him and plans to continue till who knows when! Dravid is a lot closer to Tendulkar than Pippen would ever be to Jordan in terms of public imagination and on-field accomplishments as a player, but this isn’t a zero-sum game. Appreciating Tendulkar for what he is, what he is perceived to be is not a knock on Dravid.  When Tendulkar is talked about, the word “genius” gets thrown around. Dravid evokes something more human. He exemplifies qualities that we wish to see in ourselves. But both are equally important to the grander scheme of Indian cricket. If indeed Dravid is the second banana, he is the best and the greatest second banana of all time.