Should ICC Events be even hosted in India? 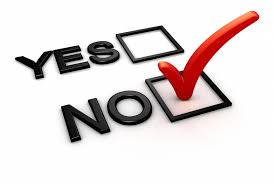 Omnishambles. That’s what the run up to and the qualifying phase of World T20 2016 being held in India currently has been. It took forever to announce the schedule and the venues. It took even longer for the tickets to go on sale, with their own restrictions. Even as of now, we do not know whether Pakistan will take part in the event. The venue for the India v Pakistan game (Men’s) has already been changed from Dharamsala to Kolkata.

It’s an ordeal to plan for cricket matches (Tests/ODIs/T20Is) held in India. Not till the last moment does one really know the actual dates, venues and the ways to procure tickets. The BCCI and the local associations are both to blame for the continued shitshow surrounding cricket events in India since times immemorial. I have traveled to India several times in the last few years and it is always a close-run thing with respect to tickets especially.

As it is, the fan experience in Indian Stadiums is easily the worst I have endured in my time of watching cricket around the world. The security is mind-boggling and unreasonable. There are hardly any decent concession stands and the comforts of the fans – in their seats and in the toilets – never seem to have figured in the Indian administrators’ minds. Really, why would they care? Their revenue is primarily predicated on TV and that, they have covered. So whether anyone comes to the grounds or what the experience of the few that actually make it is none of their concern.

To all that, add in the further complication of Pakistan in an ICC event. During the 2011 World Cup, Pakistan played all their games in Sri Lanka except for one game in Dhaka (vs WI) and vs. India in Mohali, which was the semifinal. With the 2016 WT20 exclusively in India, Pakistan were scheduled to play a minimum of 4 games (+Warm up matches) on Indian soil. That was always going to be a problem, and it has been proven to be so.

For the 2015 World Cup held in Australia & New Zealand, I booked my tickets for many first round games and knockout games including the final at MCG a year in advance. I even planned an entire world trip culminating at the World Cup final and pulled it off.

So, to get back to the question posed in the title of this post, the answer, again, is No. If this leads to a slight loosening of BCCI’s grip on cricket and ICC, it will be most welcome. In fact, I wish that PCB actually pull out of WT20 2016, and if that happens, the guaranteed loss in revenue for the broadcasters STAR Sports (read in a news report somewhere it could be in the ball park of 30-40%) might actually push the BCCI to do things the right away here on.

England, Sri Lanka, South Africa and to an extent Australia provide very attractive alternatives as hosts for ICC events, with timings that work for the billion-plus strong cricket following in the subcontinent. As of now, Champions Trophy 2021 and ODI World Cup 2023 are scheduled to be held in India. I for one sincerely hope that the goings on of WT20 2016 actually propels the decision makers (ICC, Member boards and the broadcaster) to shift those tournaments away from India. It will be great for cricket and more importantly, the fans.