The title is borrowed from Gideon Haigh’s Cuts & Glances blog, referring to ESPN cricinfo’s Australian Assistant Editor Daniel Brettig. Today Brettig’s book “Whitewash to Whitewash: Australian Cricket’s Years of Struggle and Summer of Riches” had its U.K launch at the MCC library at the Lord’s Cricket Ground. Jarrod Kimber moderated a Q&A session with Brettig which was attended by about two dozen people.

I had interviewed Brettig back in March while I was in Australia during the Cricket World Cup, as the book was released there. Here’s the link to that podcast. It’s an interesting book that sheds light on a lot of the issues that, as cricket fans, we are aware of happening in the period 2007-2014. Even if you’re a hardcore cricket news geek, some of the background machinations that went on in Australia – within board and the team – that Brettig describes in some detail is quite illuminating. It’s available on Amazon. 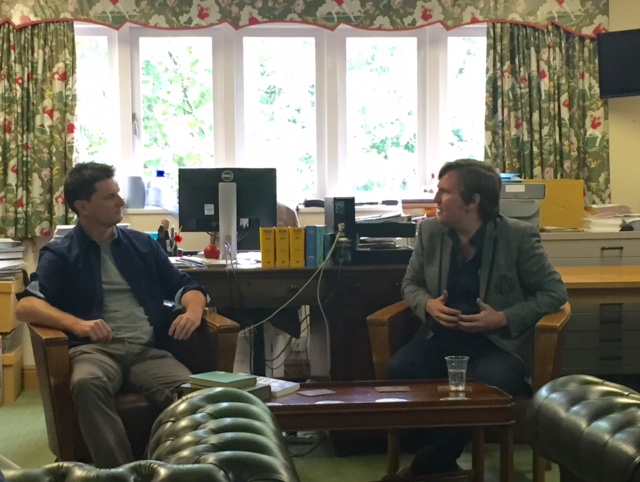 The venue of the event itself is a bit of a wet dream for a cricket fan. Surrounded by cricket books, with people working there every day, caring for them is quite a setting for a book launch. While waiting for the event to begin, I picked up the first edition of Barry Richards’ autobiography to do some prep work for the upcoming Couch Talk with the South African great batsman. I could only get through the first 2 chapters. Apparently they are not in the habit of lending books, so I’ll just have to get to the ground early on the days of the Test to get a few more chapters in before the interview. 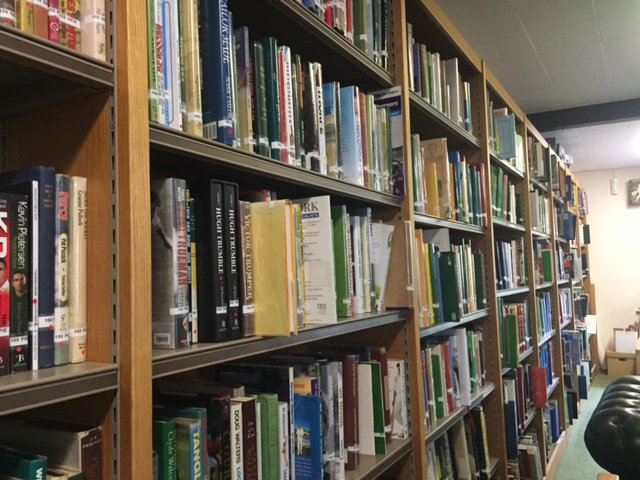 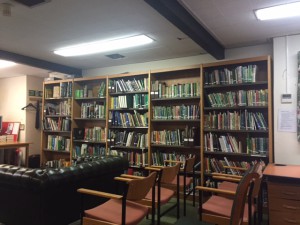 The library is right behind the famed Lord’s pavilion and there was some event going on there, two days out from the 2nd Ashes Test. I think it was the Ashes 2005 reunion. Saw Graeme Swann, well, swanning about. Also spotted Stuart Broad in his silver SUV heading out after the training sessions.

As one would expect from a venue as this, water came in two kinds – still and sparkling, and in nice fancy trademarked bottles that wouldn’t be out of place in IKEA shelves. 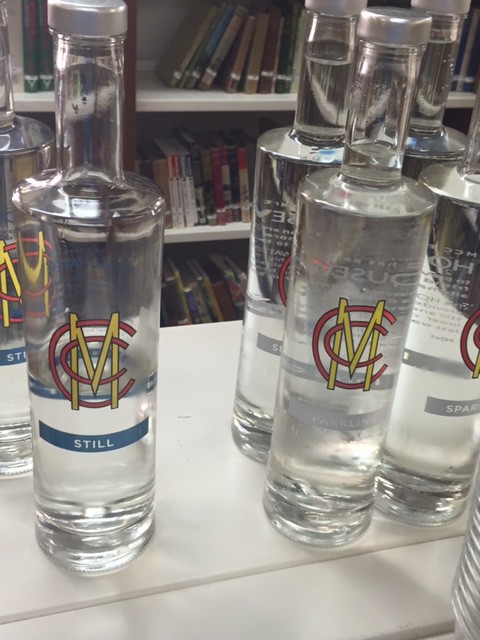 Kimber kept the 60-minutes session light with well-placed piss takes but also guided it through the years of Australian cricket covered in the book, highlighting some of the major turning points like Mickey Arthur, homeworkgate, 2010-11 Ashes, the retirements of Ricky Ponting & Mike Hussey, Clarke’s ascent to captaincy, his relationship with Shane Watson, etc.

So yeah, get the book.