Lazy Sunday. What would have been the fifth day of the opening Test, I spent most of it in bed in my friend’s house back in South West London. It had been raining in Cardiff almost all day, so I very much doubt whether any play could have happened, but if England were marching to victory, one would guess that the groundstaff would have done everything possible in their power to make play happen. Home advantage does mean something even in these days of anodyne/corporatized pitches.

Only time I left the house was to get lunch at a nearby South Indian restaurant and it was “meals”. Like the one they provide in Hotel Saravana Bhavan. Watched a bit of the Men’s final at Wimbledon but the delicious food induced coma and the need to catch up on sleep for the past few days, I was out cold for most of the afternoon/evening.

So with nothing much happening, I leave you with some photos from Cardiff. 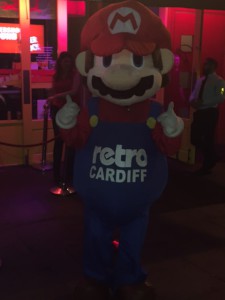 Photo from evening of Day Three. Mario was the mascot for a bar-restaurant in Cardiff called Retro. 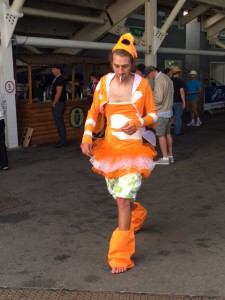 Fancy dress has become part of the Test match fabric, definitely in England. There were your usual super heroes, cross dressers, bananas and hotdog costumes, but for the first time, I found Nemo at a cricket ground. A fish out of water, indeed. 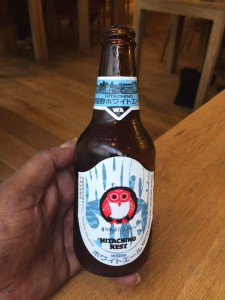 Best tasting beer I had in Cardiff. During the panel discussion that Jarrod was part of, before the Test 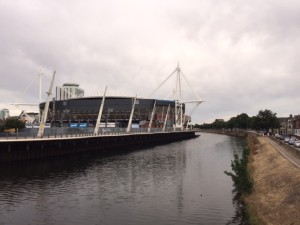 View of the Millennium Stadium by the River Taff. Photo taken from Castle Street bridge 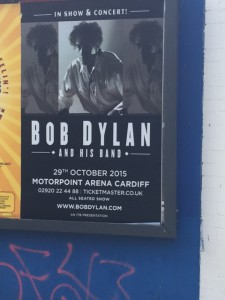 May be reason to come back to Cardiff? May be not. 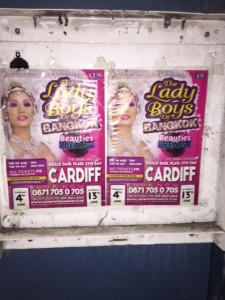 This I never understood. It was on the wall next to the Kebab place I visited a few times.

Tweet
This entry was posted in Ashes 2015 Diary, Featured and tagged Ashes, Cardiff. Bookmark the permalink.