Posted on December 31, 2014 by thecricketcouch 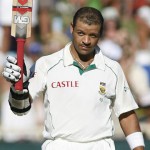 Former South Africa batsman Ashwell Prince talks about choosing to play cricket while growing up in the Apartheid era, the quota system, his debut, the controversial circumstances under which he was made to open the innings on his comeback amongst other things.