Posted on February 25, 2014 by thecricketcouch 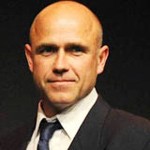 In this episode, Richard Pybus, the former head coach of Pakistan and Bangladesh national teams and several domestic sides around the world, and now the director of cricket at West Indies Cricket Board, talks about his new role, the challenges and goals, and the need to strengthen the WI domestic first class game and professionalize the system etc.

He also talks about his time as the head coach of Pakistan, especially the 1999 World Cup in England, during which Pakistan lost in the final to Australia.

This episode was first published on ESPN Cricinfo’s Cordon.