Posted on February 10, 2014 by thecricketcouch

The Justice Mudgal report has two versions. ESPN Cricinfo has carried one here which is signed by Justice Mudgal and Additional solicitor general of India L. Nageshwar Rao (dated Feb 9, 2014). There is another version, signed by Nilay Dutta, Senior Advocate (undated) which can be downloaded from this link:

This version has some information on alleged involvement of six prominent Indian “capped Players” as reported in The Hindu.

However, the Filename carries the date Feb 8.

I’m adding couple of screenshots of relevant portions as well. 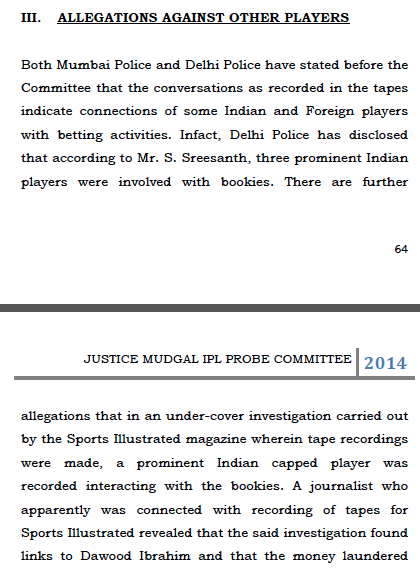 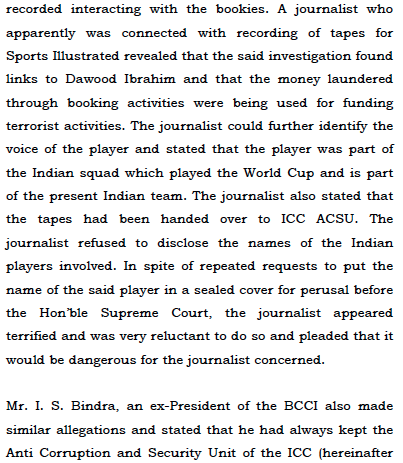 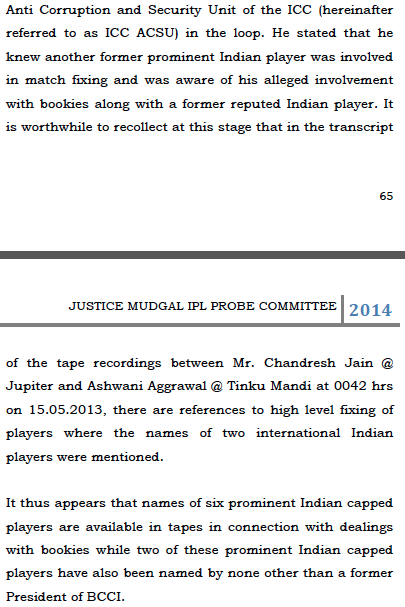 Tweet
This entry was posted in Controversy, Featured, IPL. Bookmark the permalink.