Posted on December 23, 2013 by thecricketcouch 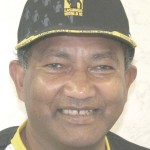 This episode was first published on ESPN Cricinfo’s The Cordon.