Posted on July 1, 2013 by thecricketcouch 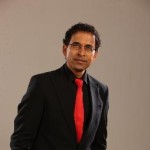 In this episode, cricket commentator Harsha Bhogle talks about the preparation that commentators do before matches, the quality of on air TV commentary, and also about the lack of discussion about spot fixing scandal on air as the issue surfaced.

The podcast was first published on ESPN Cricinfo’s The Cordon.

CouchTalk is also available on TuneIn Radio and select episodes on the YouTube Channel (ccTV).