Couch Talk 84 with Rohan Chandran on the origins of Cricinfo 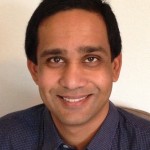 In this episode, Rohan Chandran who was one of the first people to be involved with the coverage of cricket on the internet 20 years ago. He talks about the various things that he, and his various friends, had to do back then to access cricket and how it gave birth to Cricinfo and opines on what Cricinfo is today.

You can download the episode by clicking on the link here.

The podcast was first published on ESPN Cricinfo’s The Cordon.

CouchTalk is also available on TuneIn Radio and select episodes on the YouTube Channel (ccTV).