Does this India-England ODI series mean much?

Posted on October 18, 2011 by thecricketcouch

It depends on whom you ask the question.

David Gower thinks this series does not amount to much and all that matters is the test series next year. The local TV broadcaster in India, NEO cricket, has hyped this series as the “Payback series”. The adverts on NEO Cricket are quick to remind us “The war between India and England resumes this October”. A bit over the top, if you ask me, considering it is only five ODIs and a solitary T20; a low-key street corner tussle would’ve been more like it. 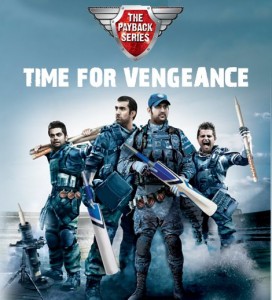 It also depends on when you asked the question.

Before the series actually began, Mike Selvey, writing in The Guardian, thought that “India’s troubles give England a chance to end their woeful wanderings”. Lawrence Booth wrote, “England’s bowels are the only thing that might loosen their grip in India”. Perhaps, a fair call considering India were only coming off a series to England where they did not manage to win a single international fixture, through a combination of things.

At the writing of this post, India are two-nil up in the 5 match series displaying the various aspects of their team that won them the World Cup not too long ago, and the sort of vice grip they have held around England, especially in ODIs in India. Prior to the start of the series, India had a 14-4 record (with one match tied) against England, in India, since January 2002.

India is a different beast when countered at home, as are most international sides. This is even more amplified in limited over international matches, in the last decade or so. Even with missing the stars that formed the core of the triumphant world cup campaign (Sehwag, Tendulkar, Yuvraj, Zaheer, Harbhajan and Munaf), India are still a formidable side as they have the bowlers and batsmen still in the ranks to take full advantage of the conditions they know so well.

Let us step back a little and evaluate, to which team this series may mean the most. England, following closely on the heels of a complete trouncing they handed India across all formats of the game, would have been keen to establish their credentials as a team that had the nous and firepower to compete (and perhaps, win) in all conditions, not just in seamer friendly conditions back home. Erasing the memories of an unsuccessful world cup campaign where their bowlers were found to be inadequate and shocking defeats at the hands of Ireland and Bangladesh would have been additional incentive. But, more importantly, it would have further extended their dominance over India.

India, on the other hand, would have liked to start with a clean slate at the beginning of the new season. They needed to show that the disastrous England tour was a blip on the screen rather than a full-blown decline. Certainly, injuries to some key players (no matter the reason) is unfortunate during a key series and when they seemed to be in ascendancy in the ODIs, Messers Duckworth and Lewis intervened to change the script, but these things happen.

However, India are almost impregnable at home. As Dileep Premchandran points out, they should be very proud of it. Some of the best teams in the last few decades have found that out the hard way. This brings with it an additional pressure to this ODI series that India are still a great force at home. Thus, I think, India had more to lose from this series that may have looked harmless on the outset with only limited over internationals.

If India were to lose the series, then, their ability to compete even in the friendly confines of home would be brought in to serious question, missing of key players notwithstanding. The fact that they have outhit, outbowled and even outfielded this English squad in the first two matches of the series puts them in a position to repeat the drubbings they have delivered to England in the last decade at home.

At last, the India fans. Certainly, some of them were just biding their time, biting their tongue waiting for an opportunity to gloat on social networking sites and return the favor to their English brethren, but a lot of them just needed some positive results to resuscitate their faiths. As Benny said on twitter, “These two wins cannot be adequate compensation for the nightmare tour a few months back… but boy, it feels good!”