Posted on September 23, 2011 by thecricketcouch 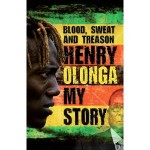 In this episode, former Zimbabwe fast bowler Henry Olonga talks about the situations that led to he and Andy Flower wearing black armbands to protest against the human right abuses of the corrupt Robert Mugabe government, which led to Henry leaving Zimbabwe. He also talks about his cricketing career, the Pakistani thread to his on-field cricket experiences, role of faith in his life and the future of Zimbabwe cricket.

Please visit Henry Olonga’s website: He is a musician, a photographer and a painter. You can buy his book “Blood, Sweat and Treason” from Amazon and also from his website. Follow him on Twitter at @HenryOlonga

Listen to the complete, unedited version of the interview here.

You can also listen to the episode by subscribing to Couch Talk on iTunes.