Posted on August 8, 2011 by thecricketcouch 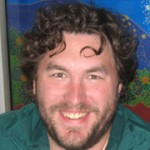 In this episode, Wright Thompson, senior writer from ESPN.com, talks about his introduction to cricket, watching Tendulkar score a century at Bangalore during the world cup, and meeting the legend afterwards, and professes his new found love for test cricket after having watched a test match at Lord’s.

Do read Wright’s article “In Tendulkar Country” that he penned during the recently concluded world cup. Contact Wright Thompson as he looks forward to any discussion on cricket with you.

You can also listen to the episode by subscribing to Couch Talk on iTunes.